Speculation is, and frankly always is, circulating that the current phenomenal social networking bubble will need to burst at some point. Bloggers, journalists, and analysts each take turns preemptively predicting the death of social networking, but maybe they all have it wrong…

Perhaps not only is social networking not going anywhere, and the slowdown numbers not an indication of anything negative, but rather just the preparatory swing into the future introduction of seamless social search. While not everyone is a “first adopter”, a bigger and bigger percentage of the overall population is a product of the MTV syndrome.

Attention is fleeting, and the new next big thing is always around the corner. Combine that with the executive population expectations that valuable tools always need to evolve and improve in order to stay relevant, and it’s easy to see the ways and why search engines — forget social networking sites and other applications – will need to become “found engines” instead.

And let’s face it, even if we aren’t a part of that MTV generation, most of us have been hit with social media or networking fatigue at some point already. Perhaps it is frustrations with Facebook applications gone wild, or just the general and seemingly constant inundation of requests, messages, pokes, tags, thumbing, et cetera.

Whatever it is, it’s real. And not just a US of A, the mass consumer of all things internet, thing!

While America has always been on the forefront of linking up via the ‘Net, to suggest that the rest of the world hasn’t been far behind is more than an understatement. In fact, in the UK you can find thousands of networks for meet-ups, mash-ups, and match-making (not to mention the technologically savvy Japanese market).

And oh, are they being used.

With over 11 million users on one social network or another, the UK ‘Net socialization base is strong and active. Now take into consideration the country’s “mere” 60 million person population, and that number transforms into quite a significant statistic.

This means that an astounding 5 percent plus of UK citizens have social networking or social media profiles. Now, is this absolutely true? Yes and no.

With less of a 2,000 person sample size, this isn’t necessarily ground-breaking research. While we’ll assume the variables were properly considered and any potential bias and slant were adjusted accurately, it’s still just not a lot of folk. That being said, however, the pool of potential subjects is far smaller than the originally aforementioned 60 million figure.

Take into consideration the size of the population that has the access / education to participate in such an arena of technologically advanced society – ah, then we have some statistical balance worth looking at:

“Forecasts suggest that by 2012, 84% of people will have access to the internet, while 79% of homes will be broadband enabled.”

That means that even by the year 2012 — 4 years time being a technological lifetime twice over — close to 10,000 UK citizens still won’t have the opportunity to become social network mavens. They aren’t, therefore, even applicable to be counted in the percentage of participants, and in fact make the current statistics all the more impressive. New people aren’t necessarily logging onto the internet for the first time and joining networks straight away, but rather current internet users are – for whatever various reasons – deciding that social networking is an important aspect of their online lives.

Now to the part where analysts were trying to ring the death knell.

An excellent examination of social networking statistics explains that Facebook saw a 5% drop between December, 2007 and January, 2008; MySpace lost 5% drop in traffic between the same period of time; and Bebo only saw a 2% drop, and ranked third with a total of 4.1 million users.

So because growth has slowed and not receded, UK social networking is dying? I think not. Consider the smaller population size outlined above, consider the average age of those participating in these social networks, and you realize that of course there has to be a slowdown at some point due to the exhausting of potential assets, err, members.

Maybe we should not look to these numbers as retardation of the progress of social networking, but simply an issue of disparate demographics?

Just because The Next Big Thing is always looming over the horizon, this is not gadget war. This is not a situation of HD DVD versus Blue Ray, but more like a Microsoft versus Google scenario: different ethos, dissimilar new ventures and core interests, but will always remain in one form or another.

Just as we are married to word processing ideas and the blogging format, the youngin’ generation does not know a time without social networks — or even the internet, for that matter…

Every product, service, and interest is much like a surfer out at sea. There comes a pivotal moment when the decision needs to be made whether or not to try to ride into shore. Perhaps social networking as a phenomenon is just starting to hang on top of that wave.

More people will begin joining social networks because either they get excited or networked in, gain access to the internet / an opportunity to join, or a myriad of other changes or progressions.

Or, growth will continue to slow, and social networks will do what every business at one point or another does — reinvigorate and refresh the business model to stay relevant.

But matter how long the hang-time, social networking won’t stop as long as people are surfing the ‘Net and there’s a business and a brand for every “super advocate” and a place for people to gather around a topic, taste, fetish, fashion or fad… 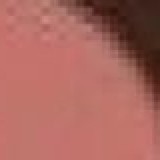 Kate knew at a young age she was a natural marketer, and was determined to learn all she could about the field. A graduate of Trinity College in Hartford, Connecticut with a BA in English, she worked and learned over five years’ time in a Broadway production firm's marketing department, earning her way from intern to Marketing Coordinator. The experience helped her master facilitating advertisement creation and buys/trade, contract negotiation, internet marketing/branding, and grassroots promotions.

Kate now works as a freelance consultant, managing marketing and branding for companies, individuals, and products both online and off, as well as providing advertising, SEO, SMM, SEM, copywriting and editing services to a host of clients in a variety of industries.